Soils show different states of stability depending on the water content. This property is described as consistency and specifies the state of a remolded and cohesive soil. The states range from:

Different soils contain a specific amount of water at these different states of stability. In the early 1900s, the Swedish chemist Albert Atterberg developed a classification system and method with which these states of consistency could be determined. The method is based on the determination of the water content at distinct transitions between different states of soil consistency. These transitions are defined as shrinkage limit, plastic limit, and liquid limit, and are referred to as Atterberg limits. The liquid and plastic limits are the most commonly used. The values for these limits are dependent on various soil parameters (e.g., particle size, specific surface area of the particles that are able to attract water molecules).

These limits are used to derive indices (e.g., index of plasticity and index of consistency) and are often used for the mechanical characterization of soils.

For determining both plastic and liquid limits, the soil sample must first be sieved through a 0.425 mm sieve (#40 mesh).

It is advisable to test the liquid limit first. In coarse textured soils it is usually difficult to control water content for the liquid limit test and those soils may not even have a plastic limit.

The determination is usually repeated three times to obtain the average value for the liquid limit.

Plastic Limit is the soil water content at the boundary between the semi-solid state and plastic (flexible) state. It is determined as the gravimetric water content at which a soil sample can be rolled by hand into a thread of 3.2 mm diameter without breaking. 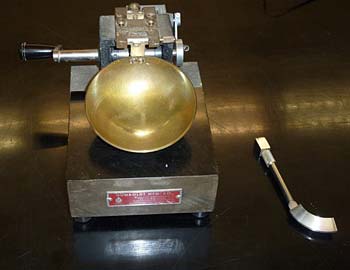 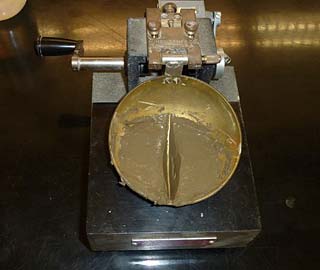 Photos by Maja Krzic. This work is licensed under a CC BY-NC-SA 4.0 International License.

The determination is usually repeated three times to obtain the average value for the plastic limit.

Example for the liquid limit determination

Example for the plastic limit determination